Why you need to watch Shark Week 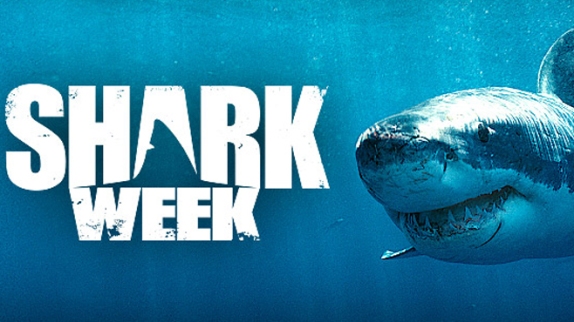 In the summer of 2008, my parents answered all my prayers by booking a holiday for me and my sister to go to Disney World in Florida. When we arrived in Orlando, one of the first things I saw was not Micky Mouse or Donald Duck, but a billboard in the baggage reclaim for “Shark Week”. From that point on, all anyone seemed to be talking about – whether it was on the radio, TV and even in the news – was Shark Week. A whole week dedicated to shark documentaries on the Discovery Channel seemed, to me, completely bizarre and not worth all the insane amount of hype it was getting everywhere we went. Considering New Smyrna Beach in Florida is the shark attack capital of the World, with more incidents per square mile than on any other beach, I assumed that Florida locals held some kind of resonance with it and people were genuinely just interested in the whole science behind sharks and shark attacks. But then when I heard celebrities and personalities from all over the world going crazy for it, I couldn’t get my head around it.

So then I decided to watch one of the documentaries. And another. And another. And I literally couldn’t stop. The programmes were not only informative, but they were genuinely gripping and exciting and, most of all, absolutely mind blowing. Sure I had seen shark films in the past like Jaws and Deep Blue Sea, but the science and reality behind it was something I had never really considered. The plain and simple truth is that sharks are unbelievably cool. They are arguably one of the most feared and mysterious animals on the planet, seen by many as a danger that lurks beneath. Lions, Elephants, Crocodiles and Buffalo all kill more humans per year than sharks, but for some reason sharks still remain the ultimate, and most fascinating, predators on earth. Maybe it’s because even today with modern science and technology, so little is actually known about them and their behaviour, and in recent years more than an astonishing 40 new species have been discovered.

So why watch Shark Week? Even if you don’t give a crap about sharks I promise you you will be on the edge of your seat. You’ll also be very surprised at how mesmerising it is watching sharks swim, eat and breed. If I still haven’t convinced you here are 10 facts I learnt that are sure to fascinate you enough to want to watch it:

As I said before, absolutely mind blowing. Now make sure you tune into shark week this year when it all kicks off on July 5th.