We spoke to Britain’s Got Talent 2016 winner Lance Corporeal Richard Jones ahead of his Freshers Week performance to see what tricks he had up his sleeve. 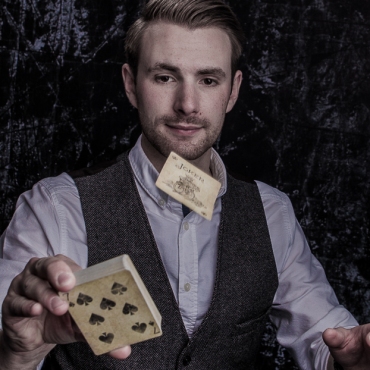 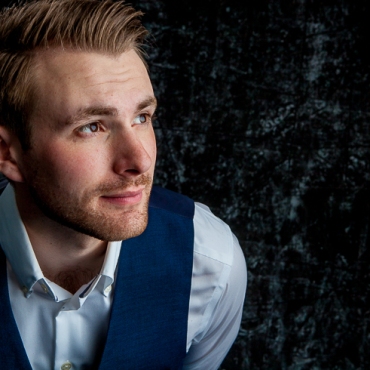 G-You: What inspired you to pursue a career in magic?

Richard Jones: Once I was in a bar in Cyprus with the army and one of my mates had a pack of cards. I told him to shuffle them and pick a card then asked him to name any card, to which he replied ‘Jack of Diamonds’. By complete luck, he turned it over and it was the Jack of Diamonds. Everyone in the bar went nuts and assumed I was some incredible magician…so I after that I had to start learning the rest. It was essentially a big mistake that I started with magic, but I’m glad I did.

G-You: Would you rather go for a drink with, Ant or Dec?

Richard: Oh, that’s tough. I don’t think they go anywhere without each other so I’d have to take both.

G-You: That’s a pretty ‘nice guy’ answer! We have to ask…is that a tartan suit you’re wearing?

G-You: We really appreciate that. How do you feel about your upcoming Royal Variety performance? Are you nervous?

Richard: No, not at all, I’m really excited. I’ve got a lot of things planned – I’m hoping to even get the royal family involved, depending on who’s there. I know if Harry’s there he’ll get up and have some fun.

G-You: This isn’t the first time you’ve performed for the royal family, is it?

Richard: No, I perform very often for them in the Band of the Household Cavalry, but magic-wise this will be the first time. A few weeks ago Prince Harry – name drop – did tell me he’d YouTubed my performances and enjoyed them, so there you go!

G-You: That’s when you know you’ve made it…when you can name drop. Did he give you a wee text?

Richard: Yeah we’re friends now so we call each other once a month.

G-You: Haha! So if you’re at pre-drinks, how do you make a pint disappear?

G-You: Oh dear, we were actually going to bring one for you. What advice do you have for anyone wanting to get up on the stage?

Richard: Just go for it, take every opportunity you get – that’s what I told myself. You learn from everything you do, so if you don’t do anything you’ll never learn. Work things out on the way.

G-You: We can see the military has played a big part in your life. Do you think it’s important to incorporate that into your stage presence?

Richard: Absolutely, that is the big part of me. I think magic is at it’s most powerful when it’s not just magic on it’s own but it’s magic for a reason and it’s got a story, and the army is my life so it made sense to combine the two and that’s what makes me unique. Everyone should pick up on what they have that’s unique and emphasise it.

G-You: We heard that you like to wear your uniform on the stage?

Richard: I do, but it’s really hot so I’m definitely not wearing that tonight!

G-You: Imagine Hive with that on! Apparently you’re coming to Hive tonight?

Richard: Definitely, if you can get me a VIP pass and free drinks…

Richard: There is a big mix between military musicians. I’m a wind band and an orchestra. We also have rock bands, pop bands…I even did a bit of singing once. I had a lot of fun, not everyone else enjoyed the singing though.