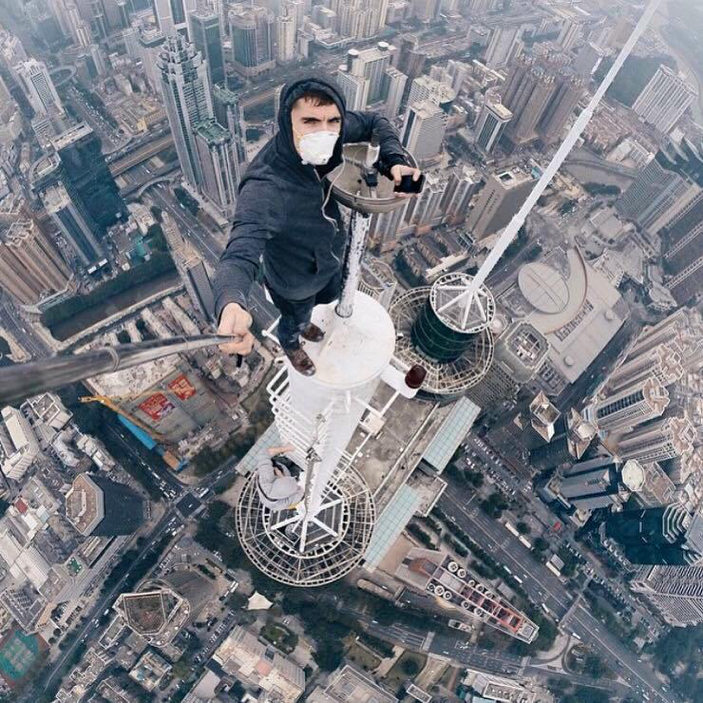 Last month, Monalisa Perez fatally shot her partner during a terrible bid for internet fame. This latest tragedy in pursuit of a larger social media following comes at a time where followers, likes, and retweets, are the currency of the online world. From Donald Trump to Monalisa Perez, the obsession over our internet presence is alarmingly spilling over into our real lives.

It’s with a kind of horror and sick satisfaction that I goggle at some of the more daring selfies posted online. Not the kind where people are flashing more flesh than appropriate. No, I’m talking about the kind where people are perched on top of high rise buildings in China and Dubai, or horrifyingly close to the edge of a 2000 feet drop to a certain death. The kind that makes your palms sweaty and your heart race, even if you’re only looking at them: you know the kind. It goes without saying that these selfies are dangerous. But in this new age of living vicariously through someone else’s Instagram: dangerous is what attracts followers, and followers mean likes.

Of course, the only reason we can look at these with any satisfaction, is that we, the audience, know the story has a happy ending. The photographer returned safely, has posted the picture, captioned it ‘#livingontheedge’ and we are free to gaze in awe at their daring. But what happens when (as is happening increasingly often) something goes wrong? There is now a higher risk of people dying from taking a selfie than from a shark attack.

The Russian government has gone so far as to issue a safety guide for taking selfies.  Let that statement sink in for a minute.

Our online presence is now of such importance to us, and our safety such a throwaway commodity, that a government body is having to remind us that we are, in fact, mortal.

And yet, it is not wholly difficult to understand why people go to such lengths for internet fame. The heady feeling of having thousands of shares on your video, tens of thousands of likes and millions of views must be a powerful addiction. This online fame can bring an escape from the monotony of everyday life. It can lead to amazing opportunities, like meeting celebrities, going on chat shows, or being scouted by agents for anything and everything. It can even provide a presidential candidate with a foundation for his presidential bid. With these things in mind, is it any surprise that people do absurd and dangerous things for internet fame?

From Trolling to cyberbullying and everything in-between, the digital age is not without its risks. There are too many stories of people, often teenagers, taking their lives due to the abuse they have received online. There are areas of the internet dedicated to hate and abuse. But it is chilling in a different way to watch innocent people doing daring things for an audience they have never met, unaware that the pranks they are playing will result in casualties, and sometimes death.

But as the three-year-old son of Perez and her partner Pedro Ruiz watches his mother shoot his father through an encyclopaedia, I would like to think that, perhaps, in the future we can be more mindful of the danger we put ourselves in for the sake of followers. Perhaps we can look to other videos that have gone viral without the makers putting themselves in peril. Hopefully, we will learn from the dreadful ordeal following Perez and Ruiz’ ‘prank’ that went wrong. And maybe, just maybe, we might take more time to revel in things other than likes, views and followers.