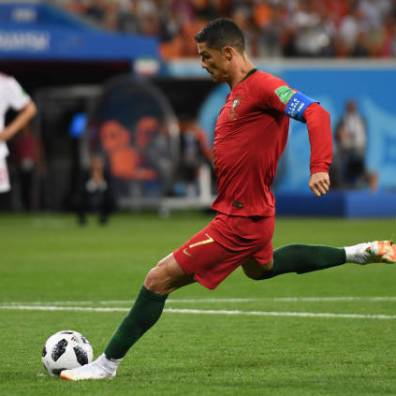 This July may as well be branded a showcase of international sport. Wimbledon is back, the Tour de France kicked off last night and the quarterfinals of the World Cup are well under way.

We want to see Federer win his 21st grand slam and Ronaldo scoring magnificent goals. We want to see Mark Cavendish break the record for number of stage wins or even better Froome to get the equal record for all time tour wins. We want to witness these because witnessing broken records and world-class play is compelling and interesting. To see these “super humans” (as they may seem to many) perform is not only captivating but truly exciting, edge of your seat stuff. However does the brand of “GOAT” (greatest of all time) tier you higher than any of the other “normal” competitors? Are the intense amounts of pressure a payoff for special treatment and relaxed rules? To most of us I think the answer to these questions is no. Clearly the event organisers do not agree, and as with most of lives injustices the reasons why could lie within the dollar signs.

Serena Williams is back, after taking leave from tennis in order to give birth, she returns to Wimbledon ranked 181st in the world. Due to this lying well outside the top 32 seeded players, it was expected that Williams would enter the competition as an unseeded player and would battle her way through the rounds against competitors she may not normally meet until the quarter finals. Did this happen? No. The tournament officials entered her in at seed number 25, much to the dismay of world number 32, Dominika Cibulkova. Rightly so, Cibulkova is not happy, having sweated blood and tears to get to where she is, her hard work is not rewarded and instead a more difficult and what must feel seemingly impossible path to victory is written for her.
The 2018 World Cup was met with controversies before it even began, but now that it has there has been no decline in them. A recent statistic emerged that throughout all of Brazil’s minutes of play, Neymar spent 14 of them on the ground. Not only was the majority of this time unnecessary, the diving prior the rolling around was outrageous. This paired with numerous bad mouthing of the referees, should of and would have seen other players be sent off. Did this happen? No. The referees in these major competitions are seen time and time again to tolerate far more from the stars of the game, allowing their behaviour to become worse and worse.

The third and final example takes form of the ever-controversial character of Chris Froome. Once again Froome finds himself in the spotlight for all the wrong reasons. Battling more drug-cheat infused rumours, the cyclist has been cleared by the Union Cyclist Internationale (UCL) of any wrong doings, despite the non-concluded WADA investigation. As the favourite to win this years tour, it is no surprise that there was such a quick turn around in the decision-making. If the 160th ranked cyclist in the tour was found with high doses of salbutamol in their system they would be under investigation for weeks and would have been suspended from the competition. Did this happen? No. Once again preferential treatment for the shining stars of the sport is clearly prevalent.
So what exactly does this come down to? What do all of these athletes have in common? Well the event organisers can see it. They can see that these are the people who are bringing the advertisements, the excitement, the hype, the views and subsequently the most important thing of all, the money. To me this seems sad. Of course a large part of professional sport in 2018 is the wealth it brings to everyone involved and I understand that without money as a driving force, professional sport could not expand and have the growing global impact it does. However, this does not mean that money should become reparation for equity. I truly believe that no matter how many goals you can score, how hard you can hit a ball, or how fast you can ride a bike, you are no more entitled to a leg up or a helping hand than the person in front, next to or behind you.