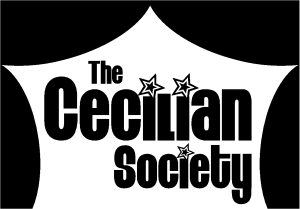 This year, the Cecilian Society marked it’s 65th Anniversary. Founded at 3.30pm on Saturday 18th October 1952, this was a Society formed in honour of St Cecilia, the patron saint of music. Initially composed of various groups (including a choral group and an opera group) in 1955 the Opera faction put on their first show, the Pirates of Penzance, by Gilbert and Sullivan. This marked the beginning of their transformation into what is recognisable as the Cecilian Society of today, providers of quality musical theatre. For sure, it has not always been smooth sailing, but I am here to guide you through some of the high (and low) points of what can be called one of the University’s most talented and valuable Society’s.

The founding members, it seems, where right to surmise that their endeavour stood “a reasonable chance of success”. Such was the success that, only three years later, it was recorded by the board that “the Charities Committee had agreed to take financial responsibility if we put on 4 performances of the P. of P. during Charities Week. […] We have obtained the services of Mrs. Margaret Eadie as producer, and Mr. Sandy Brown has consented to conduct the orchestra. Rehearsals are already under way.” Thusly, they were able to stage a full production of Pirates of Penzance (arguable the greatest, but surely the best-known comic opera in the world) to great acclaim. This was the beginning of what would see the society grow in numbers and popularity. At their first AGM, membership was 8 people (including the 5 board members). During the 1965 Whippings (what we know as Freshers Week), the membership was recorded at 340!

By the end 1968, the opera had become a huge undertaking, both financially and in terms of effort, that it was proposed to form the Cecilian Opera Company Limited, to prevent any financial losses (of which there would be several over the years) from being incurred by the Society. By this time, the Opera was the Society’s biggest activity, with the Committee recommending on 1st March 1967 that their successors should “run the Society as an operatic society and think in terms of those connected with the opera” (as well as recommending that “the first meeting should be an alcoholic gathering” and noting that the President “later asked Miss Johnston why she wore her suspenders too low”). This can perhaps be said to be the true beginning of the Cecilian Society as we know it today. But there were still a few changes to be made before the modern Cecilian Society would come to be.

Over the next two decades, the Society began to evolve in a changing world, continuing to produce beautiful shows, incurring a few financial losses (which they always bounced back from), gaining new members, and creating new roles, as well as moving to the King’s Theatre for performances. In the early 1980’s, the idea to start performing musicals was mooted with the society, however it was not met with much enthusiasm, as a set of minutes from 1982 declare: “It was decided that musicals are too difficult, as regards dance routines, acting, lack of chorus work also that they would be costly to produce with scene changes, costumes etc.” However, the seeds clearly took root, for only two years later, in 1984, the society produced its first Musical, Kiss Me Kate. From this, the Society began to run a musical and a comic opera every year, however, by the time the new millennium came, the comic operas had all but vanished, and musicals where leading the way forward.

Musicals had taken over the Society, but one thing is still missing. In 1986, the Cecilian Society made a decision that is still affecting the society today; they decided to leave the King’s theatre in favour of the Mitchell Library. This was proven to be a wise decision, as a few years later, in 1991, the King’s stopped allowing amateur shows to be performed. Due to the Mitchell not providing Stage Crew, the Committee of 1991-1992 set out specifically to create more things for our own ‘techies’ to do during the year. This, therefore, was the final action that created the Society we all know and love today.

Before we get on to the society of the modern day, I wish to share two Cecilian Stories with you, that have become warnings to future generations. The first concerns the Pyjama Game, attempted to be staged in 1985. This was before the internet and during a time when most Tickets where bought on the night of the show. That year, there was a catastrophic snowstorm, resulting in no-one getting through, the cancellation of the show and the biggest financial loss in the societies history. The Second is of the terrible fire of 1996, which tore through the stores and destroyed sets, costumes and tragically, the presidents robe (The Glasgow Guardian wittily headlined ‘Cecilian Society: Embers only’). The Morals; Always sell tickets in Advance, always safely store sets and costumes and, above all, the Society can take anything that’s thrown at it.

And so, we finish on a reflection of the Society today, by someone who has served 3 years and 5 shows (for clarity, its Me). From the moment I first met the Society During Freshers Week, I felt at ease with them. I had always been scared to sing in front of others, having been told in my youth that I was a terrible singer. However, to them, ‘Theatre is best when it is inclusive’ and though there are those far more talented than I in the Society, I have never felt anything other than accepted and valued with them (as several Production Team and board members have reminded me). This is a society that welcomes all and rejects no-one, for we have a place for any who want it. Thank you Cecilian’s and here’s to another 65 years.