In 2013, Elon Musk, founder of SpaceX and Tesla, decided that transport needed a new player. Cars are too slow and unsafe, trains too costly, planes too loud and inefficient over short and medium distances. Importantly, they’re all unsustainable. So what could this fourth mode of transport be? As much as Musk might like us to be shooting off from one city to another in rockets, they’re sadly unfeasible (for now…). Teleportation, perhaps? We’ll leave that to the folks on the Starship Enterprise, I think.

The answer is a Hyperloop – a high speed train that uses magnetic levitation and propulsion (think Japanese bullet train), and most importantly, travels through a low pressure vacuum in a tube in order to negate air resistance. It’ll be fast – roughly 45 minutes from Glasgow to London (better than any other form of transport by over 2 hours!). Solar panels along the tube’s roof will provide more than enough power for it to run, so it’ll definitely be sustainable and therefore affordable.

So why aren’t we zooming around in these Hyperloops? Well, the research isn’t quite there yet to convince people to undertake what would be undoubtedly a huge infrastructure project. This is changing, though. In fact, routes like a 25 minute Helsinki – Stockholm link have been proposed already. In order to help develop research and models, SpaceX held the first Hyperloop Pod Competition in 2015 which has run every year since. Student teams from all around the world may compete to build a functional prototype of a Hyperloop pod and make it go the fastest through a 1.25 kilometre test track.

These competitions are more than just a bit of fun. Hosted at the SpaceX Headquarters in California, the test track has seen records broken, with one pod from the Technical University of Munich reaching more than 467kph (290mph). That’s already smashed the Japanese Shinkansen bullet trains’ maximum speed of 320kph (200mph)! There are more records to come, no doubt.

This year, over 90 students from here at the University of Glasgow have teamed up to create Glasgow Hyperloop and will be competing in the 2019 competition in the USA. We’re working with, and developing, cutting-edge technology which will influence the future of transportation across the globe. Our final goal is to achieve speeds faster than that of a jumbo jet. That’ll mean getting from Glasgow to London faster than doing two circuits on the Subway! A daunting task lies ahead, but with students in fields from electrical engineering to business and economics, we’re in very good stead to get far in the competition. Of course, we’re always happy to have more people on board to help make the future possible!

One day not too far away, you might no longer be dreading the airport queues or being packed like sardines into a crowded train, or getting caught up in the traffic jams our motorways are infamous for. You could just step on a Hyperloop pod and be on the other side of the country in minutes! The future really is just around the corner. 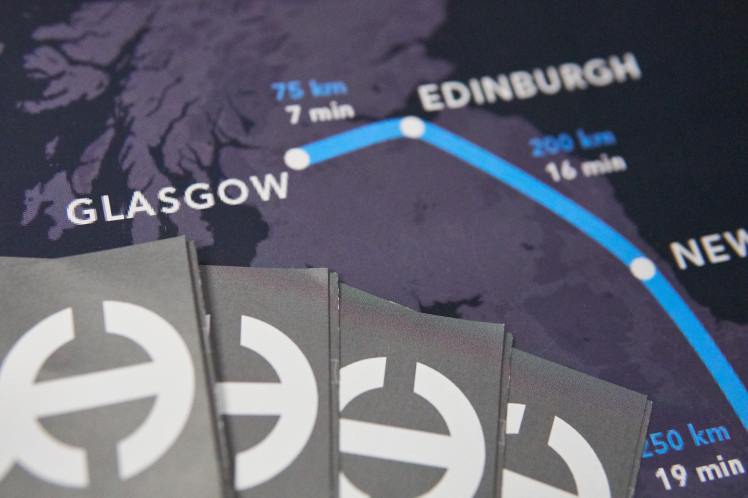