Prior to sitting as convener and editor-in-chief I was the politics and current affairs editor for G-YOU, which seemed reasonable given my limited understanding of politics but conviction to argue over anything. So ignorance aside I did my reading, I kept reasonably informed, and at the beginning of this year I made some claims as to how global political events were going to go down, so now the year is coming to a close it is time to go back and take count of which points I got right and those I got monumentally wrong.

The original preview can be found here!

What I said; “Brexit will be a nightmare […] We will likely slip into a “No Deal Brexit” […] limited investment […] headquarters moving to the more Stable France or Germany.”

Well, I was right about this being a living nightmare, and we indeed are slipping towards a no deal Brexit. This being said, with recent confidence votes, and the ECJ revealing we can just withdraw Article 50 without other member states approval means I know see Brexit as a lot less likely, because the need of parliament to approve a “no deal” means that it’ll either fizzle out in a parliamentary division, peoples vote, or revolution. Though the last is definitely less likely. This was quite definitely the easy prediction.

What I said; “May will keep on in her role as PM, […] keeping her as a scapegoat […] ousting her prior to the next General election.”

May maybe still prime minister and the backbenchers sure are scapegoating her. However, the recent no-confidence vote, regardless of how it swung, shows a party even less stable than I initially predicted. On the flip side, this no-confidence vote has forced May to say she won’t lead them into the next G.E. essentially meaning the party has prematurely ousted her.

What I said; “Corbyn […] there will be more and more chat of replacing him with somebody who is more “leader like” while also supporting some of the socialist-liberal agenda that Corbyn used to bring in the youth vote. This person probably looks like Emily Thornberry.”

With Corbyn’s lack of opposition to Brexit, saying even if Labour won a G.E. they’d still likely move ahead with Brexit, a lot of prominent Labour supporters have called for him to move aside for somebody with some backbone. A successor hasn’t been suggested though I still back Thornberry.

What I said; “N.I. will remain in assembly deadlock, with the DUP messing things up (to put it lightly) in May’s Westminster.”

What a surprise, N.I. Politics is still absolutely screwy. Got this one right…

The Republic of Ireland 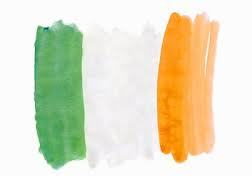 What I said; “The referendum on the countries 8th Amendment will pass with somewhat flying colours.”

What I said; “Macron will lead France to the forefront of Europe.”

Well, he is, even if France has been descending into chaos a tad… With Merkel shying away and the UK in turmoil, France is really the joint top of Europe at the moment.

What I said; “he will bring together the voters to back him.”

Yea, sorry Macron, I thought you had more sense than to unify the people from behind a Gold Leaf desk…

What I said; “he will very politely flip the bird to May.”

Yup, he’s done that, as France is a part of Europe, and France (along with many other members) is telling the U.K. to get its head out of its a**.

What I said; “They will form another Grand Coalition party between the CDU, CSU, and SDP.”

What I said; “This will stabilise the uncertainty in Europe’s largest economic power.”

Ehhhhh, not quite, still better than the s*** show here…

What I said; “Merkel will be a weaker force, perhaps seeing a slight demise in their E.U. role.”

With Merkel not seeking re-election to be the leader of the CDU this December, and stating she won’t seek a political seat in 2021, this is definitely true.

So for my E.U. predictions I got about seven out of eleven, that’s a solid B3…