Things aren’t looking too good for May after the publication of her 585-page draft Brexit Agreement on the 14 of November. May’s agreement, comprised of solutions for the Northern Ireland backstop and also details on state aid, the financial settlement and citizens’ rights after Brexit, has been met head on with cabinet resignations. This includes Work and Pensions Secretary Esther McVey and Brexit Secretary Dominic Raab, with word out that Michael Gove is tottering about, on the verge of going as well. Nonetheless, at 10:30 on the 15th of November, Theresa May addressed the House of Commons in order to persuade parliament that her agreement was the best deal and ‘in the national interest’ in its compliance to the 2016 referendum vote. 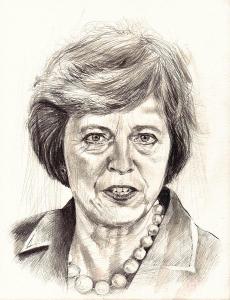 This was met with fury and indignation, seen with Labour leader Jeremy Corbyn’s denouncement of her ‘botched’, ‘half-baked’ deal, and SNP Ian Blackford’s passionate speech about May’s lack of respect for Scotland whose position is not separately dealt with within the agreement. Large sectors of MPs have reacted strongly against the considerations of her ideas, including Tory Hardliners within her own cabinet, The DUP, The Greens, Labour Eurosceptics, and Remainers on both sides of the Conservative and Labour Party. If May is to be successful, she will need to get this agreement through parliament by early December, with 320 votes out of the 650 available. If not, she risks the eventuality of “No deal” with the EU, a challenge to her leadership in the form of a vote of no confidence, or even a second referendum…

First let’s have a look at the possibilities for the said solution of the Backstop issue. The backstop is an insurance policy for Northern Ireland that ensures an open border between Northern Ireland and the Republic of Ireland. An open border is vital for the maintenance of peace and the long trading relationship across borders in keeping with the 1998 Good Friday Agreement. For months now, Britain has rejected the EU’s proposals for a backstop whereby Northern Ireland stays within the customs union and the single market, insuring free trade with the EU 27 through the removal of trade barriers and tariffs, but also imposing EU law on national enterprise and trade. This idea would put the trade border in the Irish Sea – separating the UK from Ireland. Theresa May’s alternative proposal in the draft agreement suggests that the whole of the UK stays in the EU customs union until a trade agreement is put in place, further delaying the transition process. The draft agreement is still in line with the EU’s former proposal, keeping Northern Ireland closely tied this the rules of the EU single market in the form of a “single customs territory”. Both ideas are problematic for many MPS and politicians in the UK.

First, we have the Brexit Hardliners, including within her own cabinet such as Andrea Leadson and Penny Mordant who threaten to quit over her compromise with Europe. This is because, if the UK provides an UK wide backstop insurance policy, this means that we will comply to ensuring a “level playing field” with the EU 27 with trade competition, and also adhere to certain EU laws such as fishing rights and environmental standards. As James Forsyth from the Spectator puts it: ‘to protect the union, she then had two options. One was to risk no deal, which she would see as a personal failure (and would guarantee her removal.) The other was to recognise that she was in a hole but carry on digging until it was big enough to fit the whole UK in, not just Northern Ireland.’ This idea of burying the UK into a hole holds true with MPs from the ‘European Research Group’ chaired by Jacob Rees Moog, who have shared their wish that the cabinet would block the prime ministers agreement.

Then of course, Theresa May has the DUP to contend with. The DUP, making up her majority government, will never accept Northern Ireland being subject to a different set of rules to the rest of the UK.  Jeffery Donaldson, MP for the DUP, has confirmed this in his comments to the BBC that the deal has the intention ‘to break up the United Kingdom’. There goes 10 less parliamentary votes that May needs for her agreement.

The Remainer section of the conservatives will be encouraged to rebel against May’s agreement after Jo Johnson, former Minister for Transport, resigned over May’s deal, instead advocating a “people’s vote” in the form of a second referendum. The idea of a second referendum has recently captured the public’s imagination with the People’s Vote march containing 700,000 people, making it the seconded largest protest in the UK this century after the Stop the War demonstration against the Iraq War in 2003. 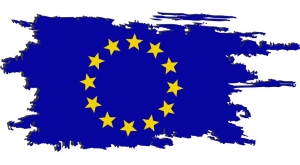 All in all, Theresa May appears to be confronted by all sides, across the spectrum of political parties and the general public, with rumours of certain conservatives trying to trigger a vote of no confidence to take down her leadership. Time is running out for May to convince the many fractured sections within her own party and from without to back her agreement before the ‘special summit’ of all EU leaders at the end of November to sign off the withdrawal deal. Will she survive the winter? We shall very soon find out.