During lockdown, with the prospect of travel seeming further away than ever before, a lot of us will be feeling an extra strong sense of wanderlust and nostalgia for our past trips and adventures. G You is happy to present a series of travel writings reminiscing on our community’s favourite and most meaningful trips to remind ourselves of the joys and growth travel can bring. Our next ‘Trip To The Past’ is on  ‘The Reasons Why I Keep Coming Back to Paris’, by Alice MacFarlane.

At 17 years old, I went on my first holiday without my parents to Paris with my then-boyfriend. Cringey, I know. But in that August of 2018 I actually learned a lot about myself and about life in general. Taking on the city of Paris as your first independent holiday can be challenging and expensive – it might push you out of your comfort zone at times or make you feel overwhelmed when making decisions all on your own. Be that as it may, I’m going to tell you a bit about my time there and why I keep going back there.

Now, for context, I had been to Paris several times before but I felt that it was important to experience it as an almost-adult and try to really discover the culture like a local, so we decided to go to Paris for a week with the little money we had after finishing secondary school. My mum thankfully chipped in to help pay for the flights, for which I am really glad, as even though I had meticulously prepared a budget, in the end I still only had around only 20 euros to make it back to the airport.

Okay, so some of those reading may be dubious about Paris; you are probably wondering, was it worth it? Was it the magical experience of a lifetime that so many travellers say it is? Was it the most romantic trip ever? Well, yes it was. For so many reasons I would relive this trip, from eating a romantic bistro-style dinner on a cruise along the River Seine to having a French maid walking in on me and my boyfriend after we forgot to lock the hotel room door and awkwardly attempting to tell her to “revenir demain” with my heavy Scottish accent – a mortifying experience at the time but now makes for the most hilarious story to tell gal pals during wine nights. However, this is not to say Paris does not have its downsides just like any other city, with the devious tourist traps or extortionate pricing for English speakers, some of which you really should ensure that you are at least aware of before travelling.

To save as much money as possible we stayed in a southern suburb in the outskirts of the city, called Villejuif where we would commute 20 minutes on the RER (Réseau Express Régional), a train line which serves Paris and surrounding suburbs. Now I’m going to let you in on a secret here, in Paris, to be able to commute on trains, metro, buses, etc. tourists are led to believe time and time again that they have to pay for the Paris Visite travel pass. This pass is double what locals pay and is only valid for 5 days. What you want to get instead is called a Navigo Découverte pass which allows a week worth of unlimited travel at half the price. Yes, you need to be capable of bargaining a little in French at the ticket counter and have a spare passport sized photo handy but it is extremely worthwhile especially for those on a budget. Plus, beating French bureaucracy is a massive achievement in itself, let me tell you!

Once you’ve tackled the French transport system, there are a few not-so touristy things you might want to do, Paris has some really beautiful parks where you can enjoy a picnic and a bottle of cheap French wine with good company; Parc Monceau, La Promenade Plantée and the Parc des Buttes Chaumont are all good choices for this, Parc Monceau was my favourite as it felt as if we had escaped the city although being in very close proximity to the Champs-Élysées. Another more local activity you might be interested in exploring is wandering through the famous flea markets where you can find some absolute gems, for instance I found a vintage Abba vinyl at the Marché Aux Puces De Saint-Ouen, (Les Puces, for short).

All of this is not to say that you shouldn’t visit the tourist hotspots and avoid the tourist traps, if I am completely honest the most memorable part of our trip was in fact the Eiffel Tower (shocker, I know). I won’t get into the personal details, but what I will tell you is that you really shouldn’t miss out on seeing the Eiffel Tower sparkling at night. As mentioned earlier, I have visited Paris several times, but the building excitement, waiting for the sun to set, being surrounded by millions of people who have all come to see the same thing as you is quite something and never ceases to amaze me. So, don’t leave Paris without seeing it! 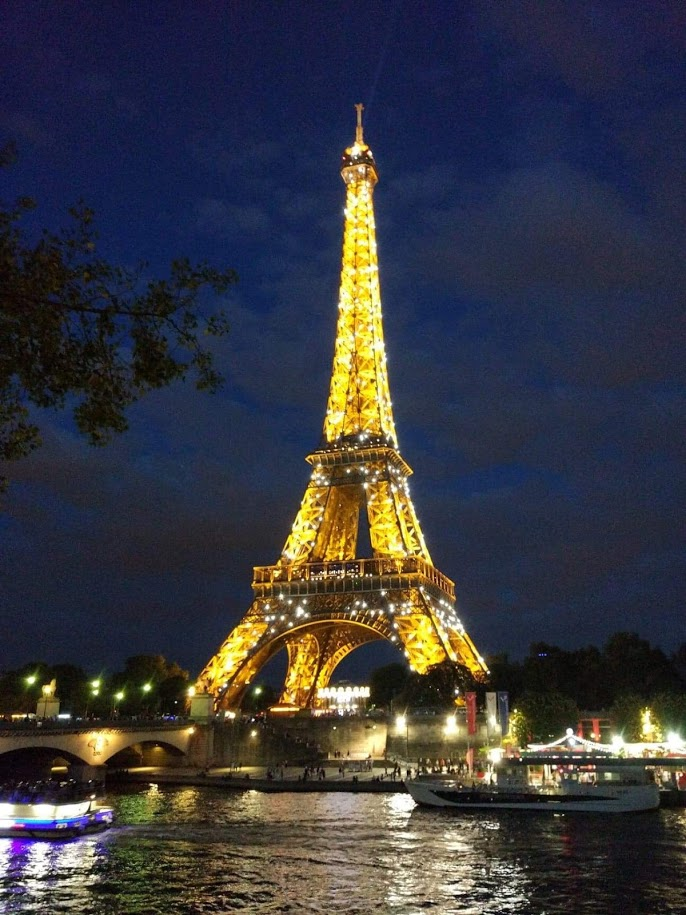 Of course, you may have interests in arts, food or sports, and Paris is a city that truly does have something for everyone if you’re simply willing to look. I would really encourage you if you decide to visit to simply wander the streets and see what you find. Whether that be the most delicious crêpes you’ve ever tasted in your life or meeting some of Europe’s nicest people in a bar, whatever it is, I’m sure it will give you a reason to come back to France at some point.